Hanover: Dirk Stenkamp (54) will take on the post of Chairman of the Board of Management of the TÜV NORD GROUP at the turn of this year. The current Executive Board member responsible for Industry and IT succeeds Guido Rettig (63), who spent ten years in the Group’s top job, as planned. Klaus Kleinherbers (62), in the Board of Management responsible for the business unit Mobility, is also stepping down as planned from the Board of Management. The technical testing group with more than 13,000 employees is at the same time giving itself a new management structure. The Board will be reduced from five to three members. The other two members alongside Stenkamp are Jürgen Himmelsbach (48, Finance) and Harald Reutter (60, HR).

The new Chairman, Dirk Stenkamp, studied physics and obtained his doctorate in 1994 at the Jülich research centre and RWTH Aachen University. There then followed periods of study residence, including one at the Lawrence Berkeley Laboratories in the US. After holding various executive and management positions at the ZEISS group, Stenkamp moved to centrotherm photovoltaics AG as Chairman and Chief Operating Officer. In 2013 he was appointed to the Board of TÜV NORD AG. Since 2014 he has been a visiting professor at Shanghai Maritime University.

Stenkamp: “The tasks we’re confronted with are a great source of motivation for the entire Board of Management. We’re in the throes of the digital transformation, which is opening up new opportunities. The world around us is becoming ever more closely networked, increasing the need among companies and consumers for security and trust. In the future we want to offer even more comprehensive security services: for the Internet of things, autonomous driving or defence against hacker attacks. Innovative digital business models are being developed and tested in all parts of the company. The Board of Management is going to continue to pursue the Group’s policy of international orientation.”

As of 1 January, the business transactions of the TÜV NORD GROUP are to be managed via a new and integrated committee, the Group Executive Committee (GEC). This will consist of the Board of Management and a representative from each of the six business units (Industrial Services, Mobility, Natural Resources, Training, Aerospace and IT). After more than a decade at the top of the Group, Guido Rettig is to hand on his responsibilities as Chairman as planned at the end of 2016. Mobility Director Klaus Kleinherbers (62) is also stepping down as planned from the Board of Management. Both will maintain their connections with the company as shareholders.

Dr. Dirk Stenkamp, Chairman of the Board of Management, TÜV NORD GROUP

As an approved technology service provider, we are the global byword for security and trust. We have the digital future firmly in mind. Independent engineers and IT security professionals provide excellent solutions for security and quality and have put us in an outstanding competitive position. We support companies and partners in more than 70 countries in the implementation of their responsibility for people, technology and the environment.

Our motto: “Excellence for your Business”. 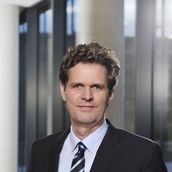