Hamburg: Railway wagons should function perfectly in the environment for which they are intended from the outset to avoid subsequent reworking. That is why the Egyptian National Railway (ENR) not only ordered 1,300 wagons from Russia’s largest railway vehicle manufacturer Transmashholding, but also carried out extensive tests: to assess the reliability of these wagons in real operation, the manufacturer sent a test vehicle to Egypt. It travelled 75,000 kilometres on the Egyptian rail network for the performance test. TÜV NORD monitored this test programme for Transmashholding.

According to Mike Walter, the railway market on the European periphery is interesting and exciting. The operation and efficiency of the railways in Northern Africa and the Middle East are just getting a strong boost: the EUMedRail initiative of the European Union Agency for Railways (ERA) wants to bring the standards there closer to the European ones, “especially safety management and interoperability," says Mr. Walter. The Egyptian state and ENR have a great interest in improving safety in Egyptian rail transport. After all, the railway is an important factor for passenger transport in Egypt: 800 million passengers use the railway every year, many of them tourists. In five years, a high-speed line is to connect Alexandria with Aswan also linking Cairo and Luxor.

Of the 1,300 wagons ordered in Russia, 300 have been delivered so far. Inspectors from TÜV NORD Egypt accompanied the test drives of one wagon under real conditions in Egypt. They were supported by German colleagues. The more than 110 requirements that Transmashholding had drawn up according to ENR’s specifications and that the inspection team had worked through included mechanical strength, bogies, wheels, brakes and fire protection requirements.

“The test drives were tough,” recalls Ahmed Marei, Managing Director of TÜV NORD Egypt. “Within two months, Mohamed El-Sayed’s team travelled thousands of kilometres in two months, on the tracks connecting Cairo with Alexandria, Cairo with Aswan and Cairo with Mansura and Damietta.”

Mike Walter is particularly pleased that TÜV NORD is now also in talks with Transmashholding: “It is not only the largest Russian manufacturer, but also the fourth largest in the world. It is increasingly penetrating the European market and could therefore become an interesting customer in the future. 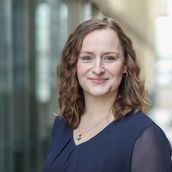