Pleasing results for main vehicle inspections: this year again, the number of vehicles with major defects has slightly fallen, according to TÜV NORD statistics. The reduction is from 24.7 to 22.9 per cent of all vehicles that were inspected. However, this still means that more than one vehicle in five revealed such serious defects that repair was needed before the TÜV sticker could be affixed. But the number of vehicles which are completely defect-free has risen again in comparison with the previous year - from 61.9 to 64.3 per cent. Together with the 12.8 per cent of the vehicles in which minor defects were found, this means that altogether more than three quarters of all passenger cars (77.1 per cent) received their sticker when they were first presented to the TÜV inspector. The number of vehicles judged unsafe, and which had to be taken off the road immediately, continued at an encouragingly low level, at 0.05 per cent. This is the result of the statistical analysis of all main inspections (HU) which were carried out at the more than 200 TÜV stations and in over 10,000 TÜV NORD partner workshops from mid-2015 up to mid- 2016.

This means that for the third time in a row the number of vehicles with major defects has fallen – a new and positive trend. Hartmut Abeln, Chief Executive of TÜV NORD Mobilität, says: “We are very pleased about this positive trend when it comes to defect rates. Manufacturers make good cars and also focus on quality over the vehicle lifetime. In addition, car dealers and workshops are making ever greater efforts to improve the quality of their work. And in times of prosperity, drivers invest more in the servicing and care of their vehicles and have maintenance carried out when it is due. The fact that workshops are extremely busy is testament to this. We would also be particularly pleased if drivers would automatically check their vehicle lights before starting their journey.”

The fact that vehicle lighting is not always given the attention it deserves is also underlined by the distribution of the defect categories. “Lights and electrics“ are again way out in front. And this is true even though it is relatively simple to check the vehicle lighting system and have it repaired if necessary. However, the rate of serious defects in this area has fallen. Manufacturers have played a part in this with the development of reliable technology (e.g. LED) with a long service life.

The lighting initiative which is organised each October by the vehicle trade and the TÜV, among others, is also intended to identify and correct vehicle lighting defects before the darkest time of year.

Altogether, the most frequent defects appear in the following order in the TÜV statistics ... “lights and electrics”, “environmental impact” and “brakes”.

The older vehicles are when they are taken to their TÜV inspection, the higher the proportion of those which do not receive a sticker on first presentation. The current TÜV NORD figures: in the first main inspection, which takes place when the vehicle is three years old, 6.6 per cent of cars exhibit serious defects. At the age of five years, this has already risen to 11.8 per cent and so it goes on up to the eleven-year-olds, where 31.9 per cent have to go to the workshop for repair.

The average mileage, which besides the age can be seen as a reason for the wear on the vehicle and therefore for defects and faults, is now 50,440 km for the three-year-olds and 135,963 km for the eleven year olds. Please note: if you are still driving with a brown TÜV sticker for 2016, you should make an appointment with the TÜV before too long. At the turn of the year, the colour of the “due” stickers will change from brown to pink, and this makes it easy to see that the TÜV deadline has been passed. Then, after two months offenders are fined and a point is added to the driving licence as from the 8th month.

The best cars, with the fewest defects, in the TÜV Report 2017 were the Mercedes Benz GLK and the Porsche 911.

The TÜV Report, which lists the defects that are specific to different models and is therefore an important aid when it comes to selecting a used vehicle, can be purchased from every TÜV STATION and also at good newsagents. It costs 4.50 Euro. 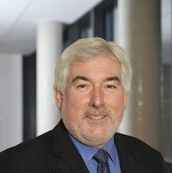 With over 10,000 employees, TÜV NORD GROUP is one of the largest technical service providers, offering its advisory, service and inspection expertise in over 70 countries throughout the world. Areas of activity include Industrial Services, Mobility, Training and IT. TÜV NORD GROUP occupies a unique position in the sector based on its work in the fields of natural resources and aerospace and is firmly committed to its guiding principle and watchword: “Excellence for your business”.