Hamburg/Delhi/Nanjing: On behalf of Delhi Metro, the operator of the underground railway system in the Indian capital, TÜV NORD is to assume responsibility for monitoring the construction of 19 metro trains, each consisting of four carriages, as they are built. The trains have been ordered by the Delhi Metro Rail Corporation from the world’s largest manufacturer of rolling stock, CRRC in China.

The project managers and rail experts of the international team, which won the major order for TÜV NORD in the course of a tender procedure lasting several months, came from Germany, India and China. The supervision by TÜV NORD of the construction forms part of the approval process for the railway vehicles. The company will be monitoring the production of the trains at CRRC in the Chinese city of Nanjing until roughly the middle of 2019.

“With this major order we’ve gained a foothold in the Indian railway market which, with its huge potential, is at the heart of our international growth strategy,” says Silvio Konrad, General Manager of TÜV NORD Systems.

As a recognised expert and certifier, TÜV NORD already supports and monitors the manufacture and type approval of rolling stock in many countries.

As a long-established and respected technology provider, we are the global byword for security and trust. We have the digital future firmly in mind. Independent engineers and IT security professionals provide excellent solutions for security and quality and have put us in an outstanding competitive position. In more than 70 countries, we support our clients and partners in their commitment to people, technology and the environment. 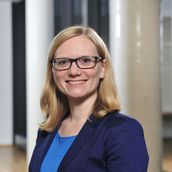